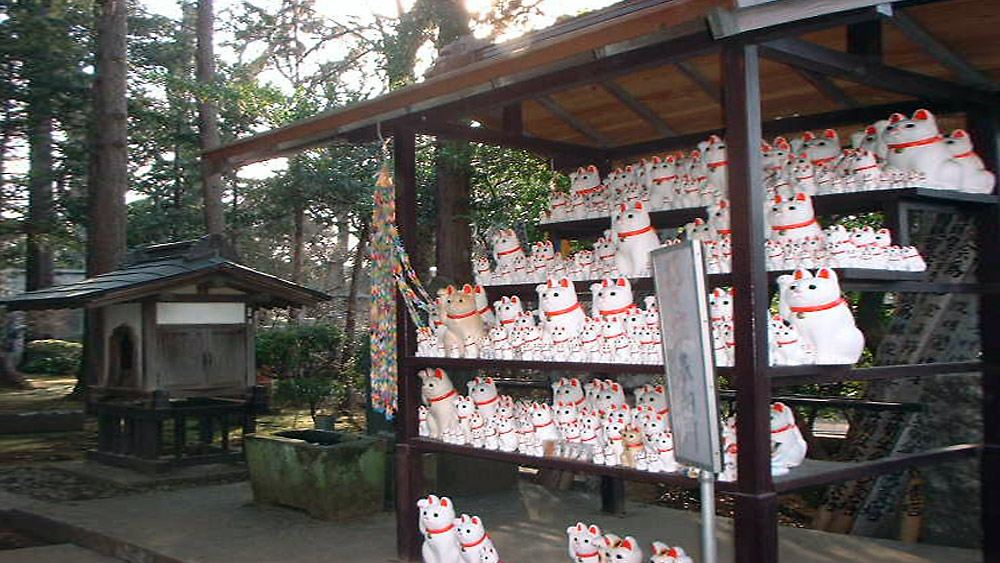 【The stone dog that barked against traitors】

There was a time when two emperors existed in Japan. This period is called the "Northern and Southern Dynasties Period(1336-1392)."

In that Period, "Yoshioki Nitta",a nobility of the "South Dynasty" was killed in his fellows.

With that grudge, it is said that after death he became "Thunder god" and took rebenge on "the traitors".

"Nitta jinja shrine" was constructed up to calm his curse.

After that, for decades,"a guardian dog maid of stone" in "Nitta jinja shrine" (Picture on above) barked hard against "the traitors's descendants".

This tree was thrown with a lightning bolt by "The thunder god".

"Jikki jinja shrine" that worships warriors who fought to defend "Yoshioki" to the end.

"Onadsuka jinja shine" that worships "Hime" that was killed to protect "Yoshioki".