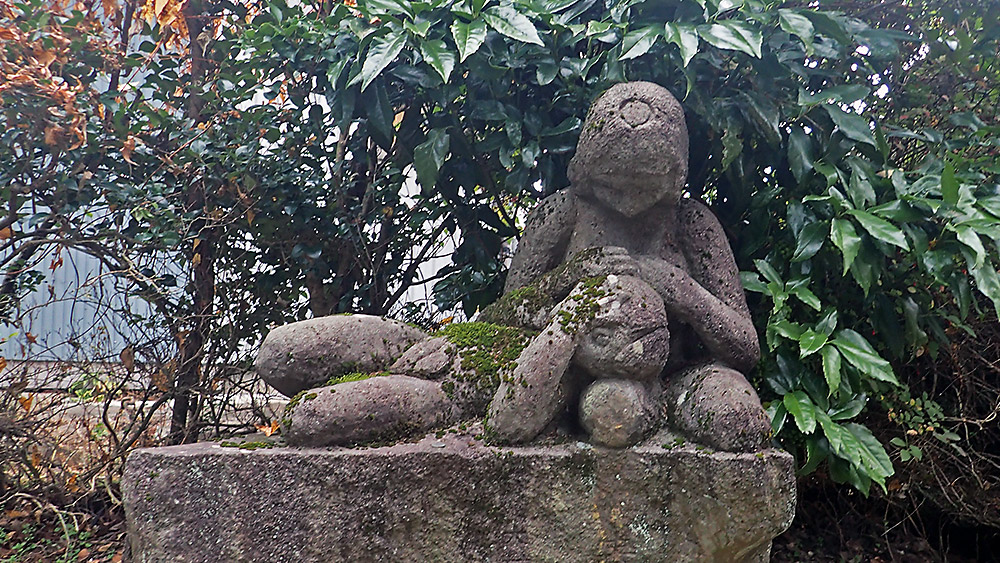 【The legend of the Masakado】

"Taira-no-Masakado" was "King of the Samurai of the Kanto region (East of Japan)" actually existed in ancient Japan (10th century).

"Masakado" resisted Japanese society (with the Emperor of Japan "Tennou") , and he called himself "New Emperor".

At the end, "Masakado" was killed by "The society of Tennou", "The Revolution" ended in failure.

This shrine is in the center of the city that controls the Japanese stock market. Although it is a very small shrine, it is a very important. There is a legend that "The helmet of Masakado had been buried in this shrine".

Is that story true? Do you believe it?

Many Japanese people do not believe it seriously, but can not completely deny the "Soul of Masakado". So, besides this shrine, there are many shrines with "the legend of the Masakado" in Japan.

Even now,Masakado is the guardian deity of Tokyo.

A small shrine in the valley of the building

Be engraved with "Kabuto-Ishi"(Helmet Stone)